I’ve gone through several iterations of coming up with test persona names in my latest project. In the beginning I started thinking about names for my amusement. But after some time I realized that there’s actually something to gain from considering naming practices when it comes to test data.

I work as a tester in a pension company. I’m in the middle of a test flow, and is to send in a request for a pension product from some customer. I need to fill in correct product codes, tax codes and values in the API request, and coming up with a good name is the least of my worries…

The timeline of my naming schemes goes like this:

This is where I started. Using test persona names like “Test Testersen” or “Katrine Test”. This naming practice is quite common in the projects I’ve worked in. It’s easy and very intuitive to come by, you don’t have to get creative, and you know when you see the name that it’s test data.

I soon found out however that it was hard to distinguish between my test data internally, and other testers’ data as well. When I’ve sent in 100 requests for “Test Testersen”, and everyone else in the project do as well, it all becomes muddled. I decided to find my very own names.

After a month or so I decided to make a few test personas whose names were in the line of “Cat Mao”, “Giraffe Günther”, and “Dog Doo-doo”. It was better, as I could now distinguish my test data from others. But I only used the same three names for many, many new requests every day. So as with the previous names, after a month or so it became too hard to distinguish between my test data.

People from Lord of the rings

Then after some months I was to establish 55 new test personas in the database, and give them some different annuities. I decided to use names from the Lord of the Rings universe, so the test persona names would stand out from my earlier test data. It would also save me the headache of coming up with new names. I just found a Lord of the Rings wiki, and started trailing through elven and hobbit family trees. 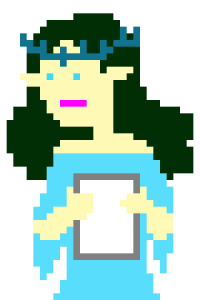 It was especially hilarious when I established life annuities for elves (A little “pension joke” there. Tolkien’s elves rarely die from age, so they would continue to receive their pension for hundreds and hundreds of years).

After that I moved on to names from books and articles I had read while studying media technology at the University. I remembered how my co-students and I furiously practiced pronouncing “Mihaly Csikszentmihalyi” (Mi-hra-li tjik-sent-mi-hrali). But using such names quickly turned into a problem. Other testers would think that my test personas were real people with data taken from production. They’d then start to report bugs because the data looked weird. So I had to abandon that idea.

Instead I started using names from Star Wars, and this time I put the test persona names into a system where I could recognize the exact test scenario by looking at the test data. I knew that if the data had Padme Amidala as the insurer, it had to do with a specific product from my automated regression test suite. And other testers, even people who knew very little about Star Wars, would recognize the names as being test data. I mean, who hasn’t heard about Darth Vader?

On top of that, it was hilarious! I’m not sure anyone really paid attention to it, but it always made me smile that Darth Vader, in case of his death, had listed Luke Skywalker as his beneficiary. Or that Darth Palpatine worked in a “high risk” environment.

After more than half a year of Star Wars names, I decided to move on. My new naming theme came from an internet meme dealing with the misspelling of actor Benedict Cumberbatch’s long and rather special name. My new test personas therefore had names taken from a Benedict Cumberbatch random name generator.

Although no-one mistook them for real names, I soon realized that I had to stop using them. They were too similar. They were also hard to pronounce. This made it harder for others to distinguish between them, and didn’t exactly encourage others to talk to me about them. 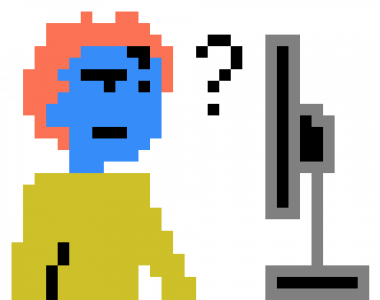 What did I learn from my test persona names quest?

So even if I in the beginning started changing test persona names for the heck of it, it ended up being really useful. I encourage you to reconsider your approach to names if you are still using “Test Testersen” for your test personas.